After a brief regrouping stateside, I hit Europe again. Pressing restart on my world clock. When I ended the first year of my journey back in May, I had visited 29 countries and taken 78 flights in that time period. And believe it or not… I’m not sick of airports. I mean, sure, I am less than excited after a flight full of crying babies, butI still manage to shake it off and focus on the fact that I’m in a new place. Fantasizing about the invention of child size muzzles helps too. In the three weeks that I've been back at it, I've added 4 countries to that list and several more flights. I'm not even sure if I should keep track of my time on planes anymore because it's just ridiculous at this point. I'm now 14 months into my extended trip around the world. What started out as a lofty goal of traveling for a year has turned into trying to find a way to maintain this lifestyle indefinitely. No, I didn't win the lottery. Yes, I'm going to run out of money eventually. What will I do when that happens? I have no idea. I spent most of my life being a "Type A" planner and I'm just done with it. I'm fine not knowing what's next for me and for those who know me, that's a BFD!
I get a lot of questions about my budget and in an effort to promote some judgement free transparency, I’ll pull back the curtain… slightly. The truth is, I had a good chunk of money to start with. The cash I managed to save in the year leading up to my trip is what I based my budget of $50 a day on. But then I got more money from selling my car than I expected. I cashed out an old 401k that I didn’t even know I had and after the penalties and taxes, that added a nice buffer to my trip fund. And while I’m on the subject of an embarrassment of riches… in some stroke of California state idiocy and luck, I managed to collect unemployment for the first 6 months of my trip. So here we are; year two and I haven’t run out of money. I could have easily blown through my savings in the first 6 months. Knowing I had more than I anticipated, I could have increased my daily budget, but every time I wanted to stay in a nice hotel, or take a taxi instead of walk in the rain, I was mentally adding days and weeks and months onto my trip. 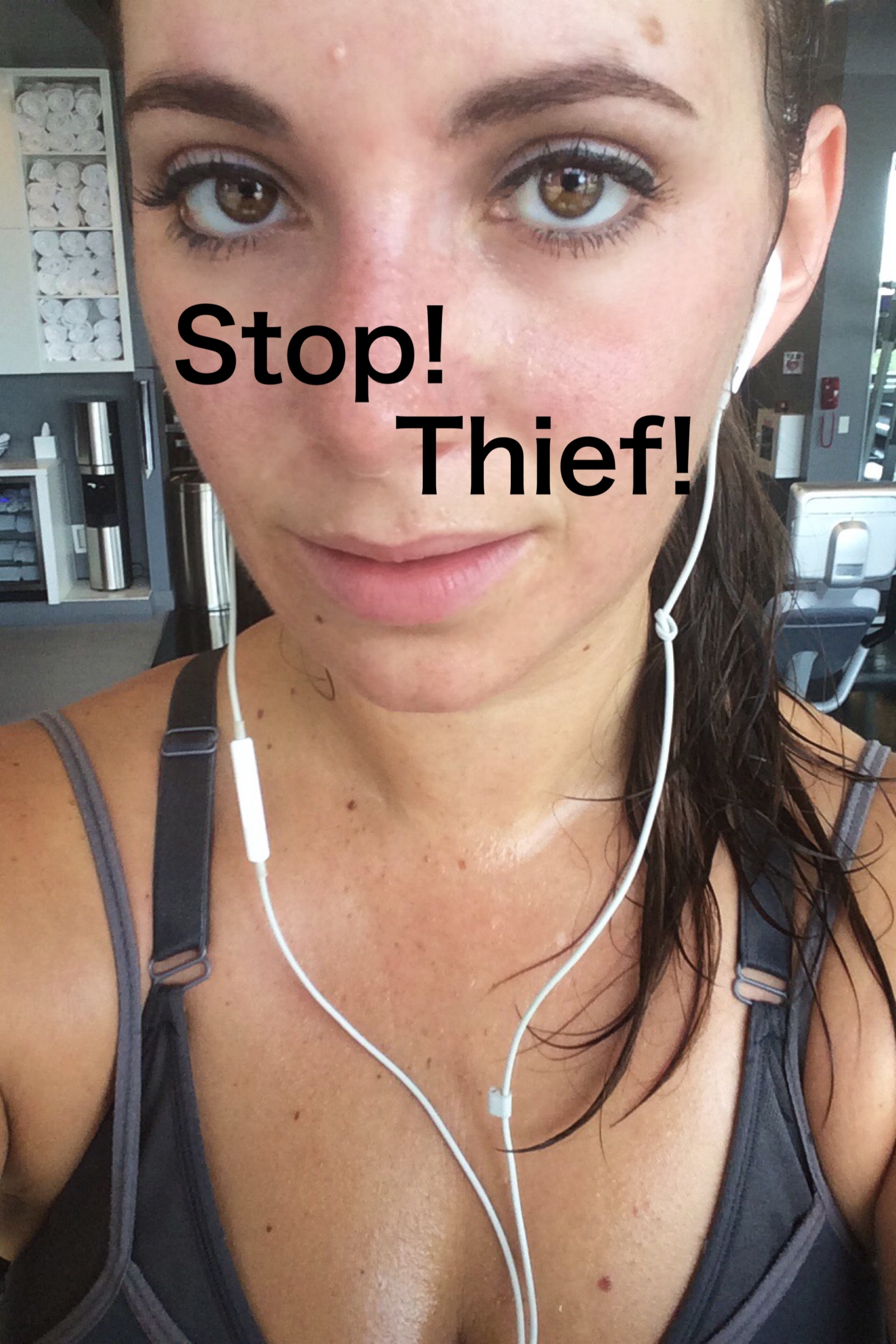 When I have conversations with people about hostels verses hotels and buses verses taxis as a cost savings measure, they are always skeptical that it makes THAT much of a difference. People who travel a couple times a year don’t see those little things adding up. But they do. The amount of money I’ve saved taking public transportation over taxis extended my trip by an entire month. One of my biggest budget struggles is the gym. Since it’s something I completely despise, having to pay for it is that much more off-putting. And here’s where I tell you I’m a thief.

I’ve always been an opportunist and the last year has only honed those skills. To give you an example of my thievery: I’ve been in Croatia for a week and I haven’t paid for the gym once. The 5 star hotel up the road from the apartment I’m staying in might call the following "stealing,” but I call it budget relief. I had every intention of paying the over-priced day-use fee on my first day, but once I realized I could take the stairs instead of making myself known to the front desk by asking for a key card to work the elevator, I was home free. I’ve been using their fancy gym for free all week and stocking up on the "complimentary” (stolen) toiletry items in the women’s locker room. I fill up my water bottles with their fancy lemon/cucumber water and I go on my merry way. A victimless crime. But if you must, take me to resort jail. It comes with a meal, right? 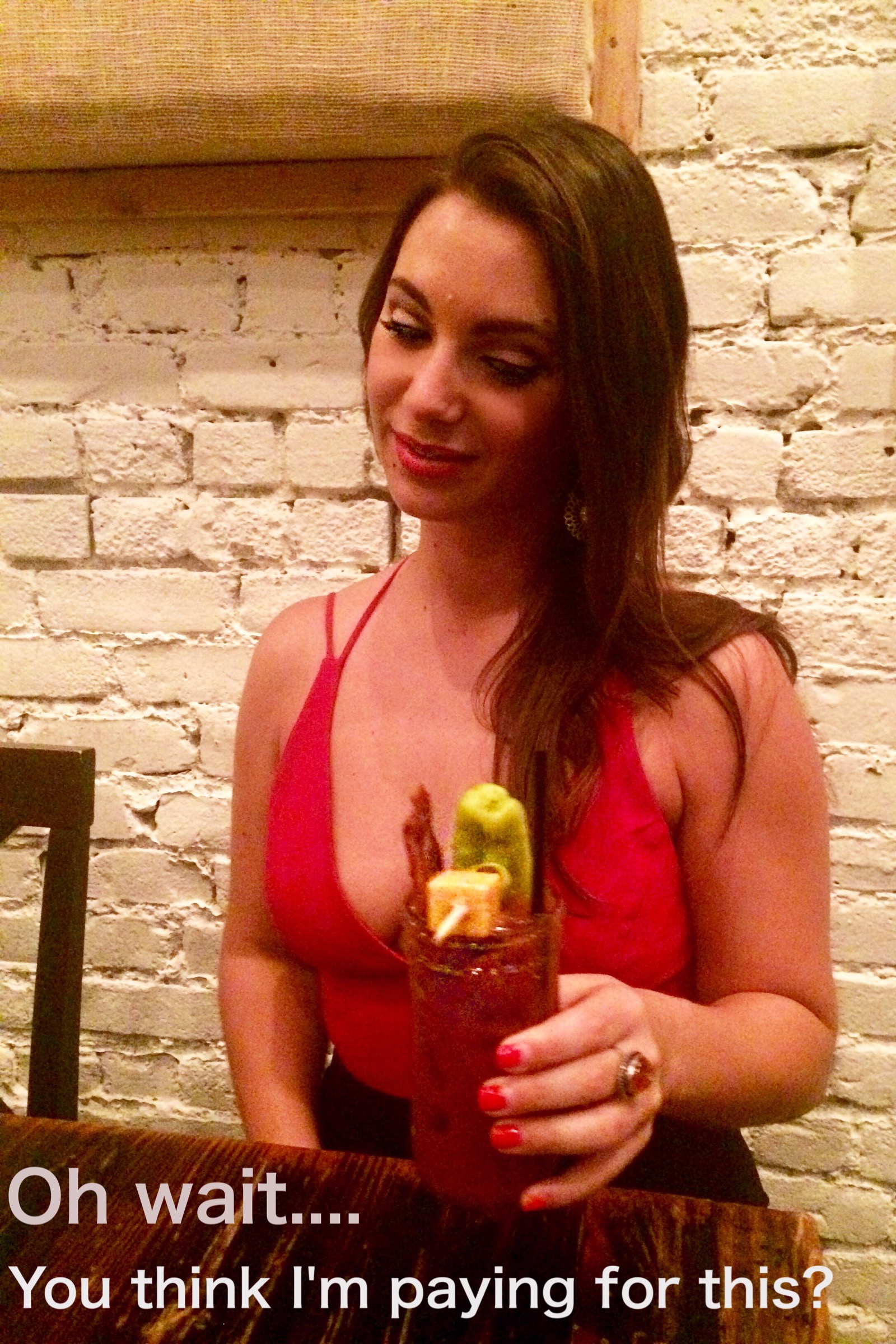 What I’m getting at here, is that I don’t even spend money every day. Sometimes I couch surf, or stay with friends I’ve met along the way. I stroll through farmer’s markets loading up on samples of whatever I can get my hands on. I rely heavily on the generosity of strangers. And... news flash, that includes dudes who are more than willing to sponsor my drinks at a bar, dinner at a restaurant or show me around their city. I use all of the tools available to me to make my travel fund last as long as possible. The great thing about having money in the bank is being able to choose what risks I will take and who is worth my time. Saving the cost of a glass of wine is never going to force me to sit across from someone I don’t find interesting or amusing. None of this will come as a shock to people who know me. An ex boyfriend who I’m still very good friends with affectionately refers to me as "Manipulady.”
The reason I’m choosing now to expose this inner circle information is because it occurred to me that as more people start to follow along with my journey through my blog, they may have a warped perception of what is actually attainable regarding travel. A friend recently told me about a conversation she had with a long term travel hopeful who she referred to my blog. After skimming around, she reported back how nice it must be to "come from money.” I had to laugh. I don’t have a trust fund. When this money is gone, it’s gone. That's why I avoid spending it by accepting invitations to rooftop bars and yacht parties and all of the things I sure as hell can’t afford. Well… technically I CAN afford it, but I just wouldn’t spend money on stuff like that. The point of putting all of this out on the table is to say that if I lost the ability to bat my eyelashes and get things for free, this trip still would have happened. I had saved enough money on my own to travel the world for a year on a beer budget. Everything else is just the cherry on top of the fancy cocktail I’m not paying for.
And while we're being real as fuck here for the benefit of the new subscribers. OF COURSE I edit my photos. All of them. It's not the "media" giving women complexes about attainable beauty standards. It's the bitch down the block who airbrushes her whole body and posts that shit to Instagram with the following hashtags: #NoMakeUp #NoFilters #CleanEating.