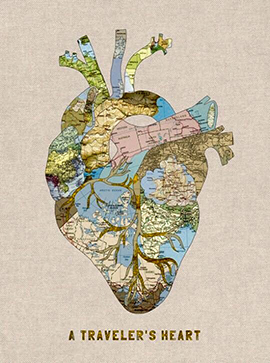 Nothing is more American than Pumpkin flavored everything and BuzzFeed style lists trying to pass as news articles. So in an effort to keep with the holiday season while I sit my ass on a sunny beach in Africa, I am going to imagine that I’m sipping on a pumpkin spice latte. Now pretend that I practiced enough restraint to photograph the misshapen but obviously adorable turkey design the barista lovingly created in the foam before I messed up the drinkable art… by actually drinking it. I also hash tagged this imaginary Instagram post #sweaterweather. So now that I’ve solidified myself as a basic AF white girl, I can bestow upon you all of the things I am thankful for while abroad this holiday season.

1) Not being in America - I know, I know. Kind of a dick move but the good ol’ US of A has seen better years. Make no mistake, I love my country and I am grateful to BE an American. I am just thankful that I don’t have to wake up every morning knowing I am going to come in contact with people who want to argue about politics.

2) WhatsApp - The international texting and calling app that lets me stay in contact with my friends and family around the world for free. They have also recently enabled gifs and if we text with any regularity you know I love a good and usually inappropriate gif.

3) Ghost VPNs - Not only do I use these amazing little travel hacks to buy cheaper flights, but they allow allow me to stream Netflix, HBO and whatever else I want to watch that normally isn’t available outside of the US.

4) Foreign Languages - Nothing makes me happier than knowing I don’t speak the language of the land. If I don’t want to talk to someone, I simply don’t have to and no one thinks I’m rude or standoffish, just a typical American who didn’t bother to learn the local language.

5) Google Translate - For when I actually want to talk to someone or worse… need to. The app has text translate, voice dictation, and my absolute favorite feature: a camera lens option that converts to text to english as you pass over it with your phone display. Amazing for restaurants that don’t offer menus in English.

6) Friends in every time zone - Right now I am in Africa, which is 10 hours ahead of California, where most of the people I love happen to live. After more than 2 and a half years of traveling the world there is literally not an hour of the day where someone I know wouldn’t be awake and subject to my text assaults.

7) Being happy being alone - Contrary to my earlier comments, I do actually enjoy being around people… in a controlled environment of my choosing where everyone has been briefed on acceptable noise levels and there is a one child to two parent ratio. You know, standard. But being comfortable being alone is something that I don’t think can be learned. I’m grateful that somewhere along the road I developed a love of being alone in my own space as well as enjoying being alone in a crowd of people.

8) The Canadian Accent - In a pinch, when I sense that all too familiar hostility toward America, I can easily convince just about anyone that I’m Canadian. Except for Canadians. But they’re so non confrontational that they will never call me on it. So win win.

9) Uber - The ability to order a car, put in the destination and pay without stumbling through awkward language barriers and local currency conversion has made traveling so much easier. I also love and use Lyft, but they have yet to branch out globally like Uber.

10) Travel Cards - All of my Chase credit cards give me points and charge no international transaction fees. For international cash withdrawals I use the Charles Schwab investor checking account which credits me back for all withdrawal fees regardless of the ATM.

11) Headphones - I am not sure if I’m more thankful when I have headphones or when everyone else does. There is nothing worse than a crowded bus with an abundance of game packed mobile devices, lack of headphones and a major shortage of manners. Here’s looking at you, South America.

12) Travel Insurance - No matter what nonsense I get myself into, knowing I am protected allows me to be even more reckless than I usually am. My plan covers my stuff and my person and I’d lever leave the country without it.

13) Flight Apps - I can’t imagine doing what I do without apps like Skyscanner, hopper and skiplagged. While I take things to an OCD extreme coupling level… the average travel enthusiast can easily get a great deal using these third party sites.

14) An unlocked iPhone - With an unlocked (direct from Apple) iPhone I can get a local sim card with data in every country without having to rely on usually non existent wifi or racking up a huge roaming bill with a carrier back home.

15) You - But seriously. Without the emails, comments and social media interaction I  get from you guys, this journey might have got the best of me after year 2. But here I am… about to hit my 61st country and still going strong. Thank you. 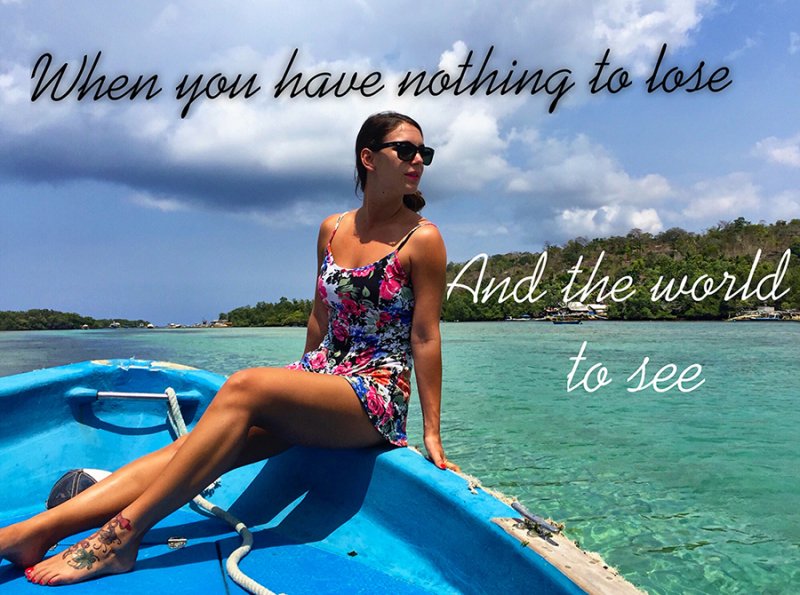 If you haven’t subscribed to my newsletter yet, you’re missing out. In this week’s post I highlight some of the great holiday travel deals I’ve come across this month so don’t forget to sign up and I’ll make sure you still get it.